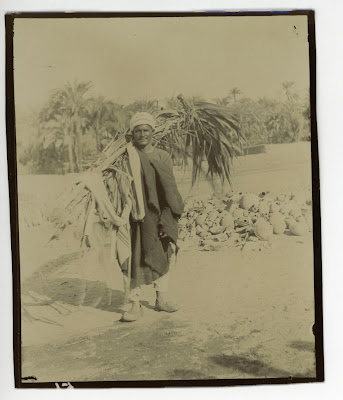 “A man of Kuft named Hussein Osman is our best and most trusty workman next to Ali.”

“The Kuftis proved to be the most troublesome people that I have ever worked with. The pertinacity with which the rascals of the place would dog our steps about our house, and at the work, was amazing. And the regularity with which a fresh spy was set on every morning, to try and watch our doings, was most irritating. Among this rather untoward people we found however, as in every place, a small percentage of excellent men; some half-dozen were of the very best type of native, faithful, friendly, and laborious, and from among these workmen we have drawn about forty to sixty of two following years at Negadeh and at Thebes. They have formed the backbone of my upper Egyptian staff, and I hope that I may keep these good friends so long as I work anywhere within reach of them. Beside these I had living with me at Koptos four of the Illahunis from the Fayum; and some of the former workers from Tell el Amarna came also, but did not prove satisfactory.” (Petrie 1896a: 1)
Posted by Debbie at 07:19